Celia Paul was one of five daughters of Christian missionaries. She spent her early childhood in India, then in Exmoor, southwest England. Her father became bishop of Bradford. “Why, she wonders, did he have all these children he didn’t have time for, daughter after daughter, one after the other dispatched to boarding school?”

In her second year at the Slade, at 18, Celia Paul was seduced by the 55-year-old Lucian Freud, who was there as a visiting professor.

The strangeness of her clerical childhood had left her with a number of qualities fatal to the situation: extreme innocence, an iron will, a hatred of her own body and an unusual capacity for both suffering and devotion… Socially odd and unconfident, rawly sensitive and isolated yet unusually committed and determined, she was a kind of modern-day Jane Eyre… 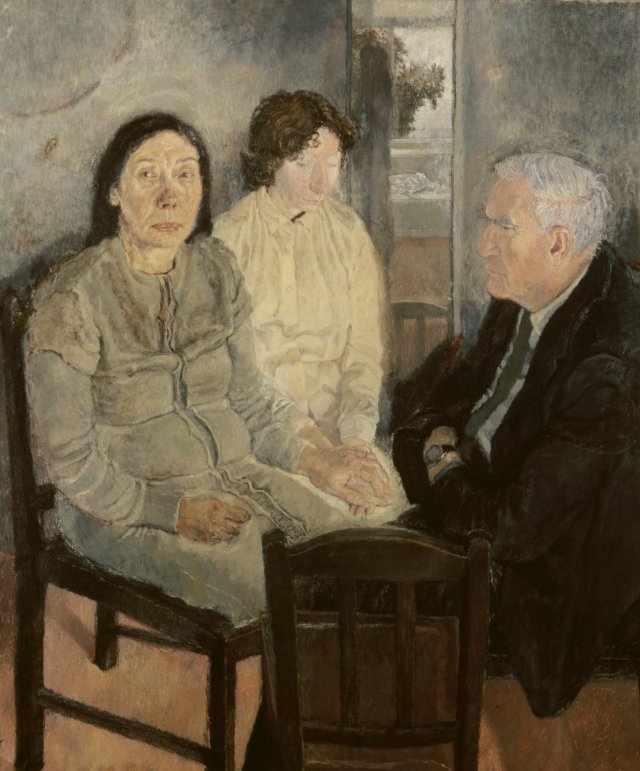 Celia rarely painted her father. It was her mother and sisters who became — and remain — her subject. Her breakthrough as a young art student was to draw intimate aspects of them in which her personal knowledge of them could be crystallized. At the Slade, the emphasis was on life drawing from a nude model: Celia did not see what she could be expected to learn from drawing someone she didn’t know.

I live in Texas and devote much of my time to easel painting on an amateur basis. I stream a lot of music, mostly jazz, throughout the day. I like to read and memorize poetry.
View all posts by JMN →
This entry was posted in Quotations and tagged art, Celia Paul, painting, The Slade. Bookmark the permalink.