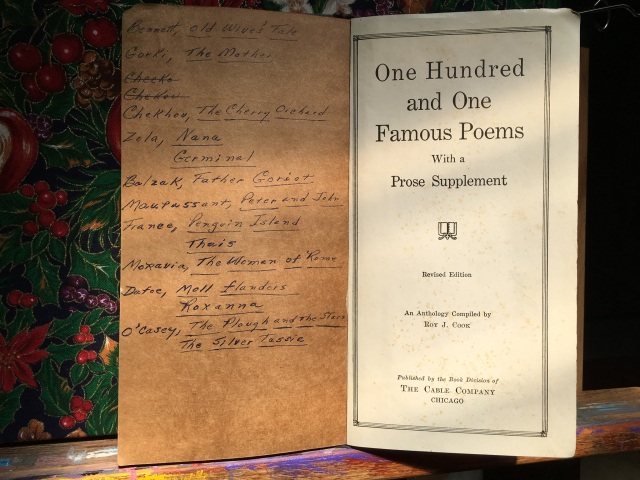 I visited with *** last night and we went over my translation, reading it against his published rendering. He was pleased to see no great errors, but saw places where he would like to change his version to match the original a little more closely. We went to Hungry Jack’s afterwards and had a bite. He likes Victoria and hopes to secure some kind of permanent position… He’s not the bohemian that you expect writers to be, except that he works a lot at night and sleeps during the day. But he’s fanatically conscientious and serious about the classes he gives to school children, and is neat almost to a fault. HIs apartment (upstairs at Daddy’s) is meticulously arranged and clean. All his papers are filed in labeled, alphabetized folders. He keeps elaborate written schedules and is always updating and rewriting them. He doesn’t dress particularly well, as far as style is concerned, but wears a tie when he lectures; drives an aging little Toyota. All the orderliness is amusing and a little touching to me. He told me last night that when his daughter would come to visit overnight, he sometimes rented a motel room for them so his apartment wouldn’t be messed up (!). Although he dates women here and there, I suspect he’s a confirmed bachelor. Don’t you? He drinks occasionally, but is generally pretty abstemious; has had coffee the last two evenings we went out.

I live in Texas and devote much of my time to easel painting on an amateur basis. I stream a lot of music, mostly jazz, throughout the day. I like to read and memorize poetry.
View all posts by JMN →
This entry was posted in Anthology and tagged correspondence. Bookmark the permalink.