[All images are from Frank Zöllner, “Leonardo da Vinci: The Complete Paintings and Drawings,” Taschen]

[Leonardo’s] drawings often of men and women with strangely deformed or exaggerated features — which he called “visi mostruosi,” or “monstrous faces,” and which scholars call “grotesques” — were distributed widely, and avidly copied. 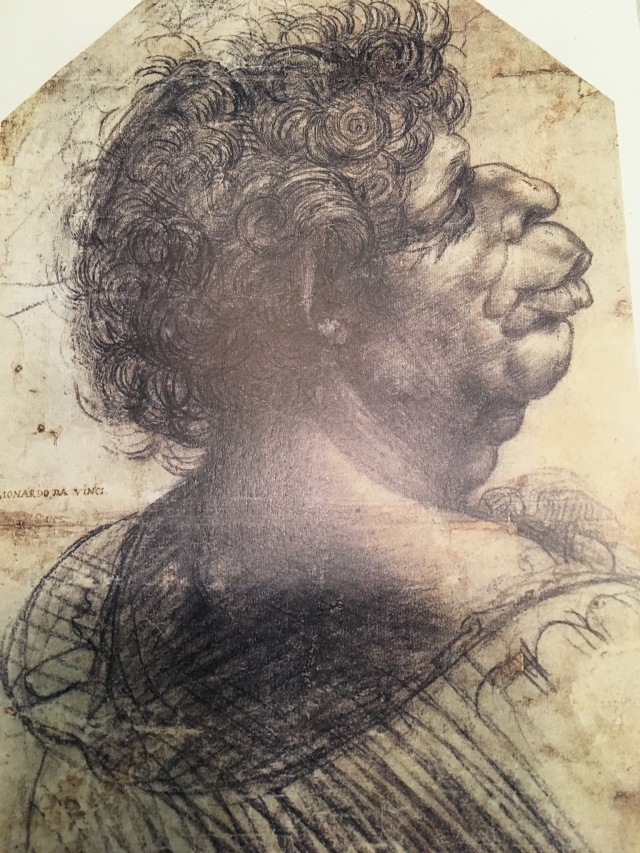 … One of his favorite private pastimes was to draw faces, either as scribbles in the margins of his notebooks or as fully conceived sketches….

… Leonardo would often follow strange-looking individuals to try to memorize their faces so that he could sketch them later.

“He was essentially interested in body language and how it’s related to emotions and character.”

I live in Texas and devote much of my time to easel painting on an amateur basis. I stream a lot of music, mostly jazz, throughout the day, and watch Netflix and Prime Video for entertainment. I like to read and memorize poetry.
View all posts by JMN →
This entry was posted in Quotations and tagged drawing. Bookmark the permalink.