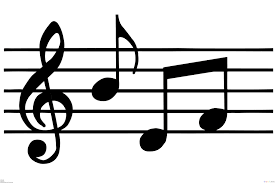 I’m trying to make the musical intervals stick in my head through associated songs, a technique I’ve only just discovered. I’m painting each interval on canvas, first the minor second,  exemplified by the theme of the movie “Jaws.”

The article excerpted below  recommends drawing pictures of things you want to remember. Uncertain about the upshot of my experiment, I’m reminded of a joke involving someone at pains to remember the means by which he meant to remember the thing, while the thing itself is perfectly remembered.

… In an arts integrated curriculum, students would sketch their vocabulary words, or learn some of the material as songs, or act out molecular motion with their bodies… The children who had learned the material in the curriculum that made use of the arts remembered more, and the effect was largest among the children who were less strong academically, the ‘lower performers.’

I live in Texas and devote much of my time to easel painting on an amateur basis. I stream a lot of music, mostly jazz, throughout the day, and watch Netflix and Prime Video for entertainment. I like to read and memorize poetry.
View all posts by JMN →
This entry was posted in Quotations and tagged music. Bookmark the permalink.