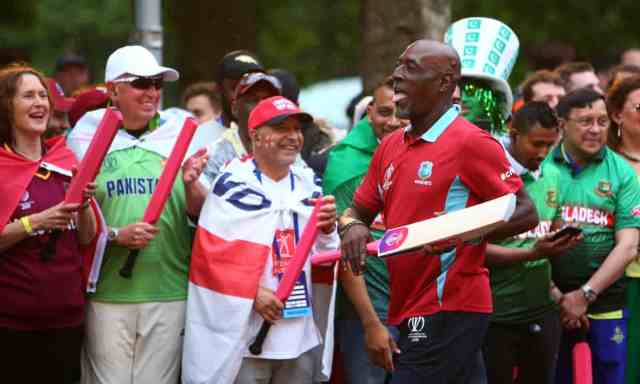 Vivian Richards takes part in the festivities on the Mall in central London. Photograph: Charlie Crowhurst/IDI via Getty Images.

[Paraphrase] The bowlers were boys from the groundstaff. One had the temerity to bowl a beamer at Viv Richards. Viv shot the kid an icy glare. The kid bowled him an apologetic delivery. Richards creamed it for four into the tree at cover point.

I live in Texas and devote much of my time to easel painting on an amateur basis. I stream a lot of music, mostly jazz, throughout the day. I like to read and memorize poetry.
View all posts by JMN →
This entry was posted in Commentary and tagged cricket, language. Bookmark the permalink.