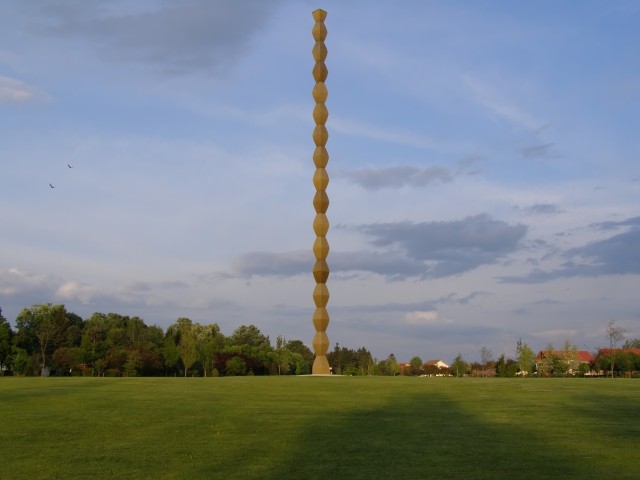 Given all the chestnuts in this show, the challenge is to see if we can still find a way to be astonished by them, as we were when they first appeared. In 2018, can Brancusi still release our inner poetaster?
[I’ve long known of the word “poetaster” and what it means, but I can’t recall having seen it used recently, especially in journalism. Indeed, as “one who writes inferior poetry” I stake claim to the title myself. Not having heard the word either, I note that in the handy online recording its pronunciation tracks the cadences of a phrase such as “pope disaster” or “poll forecaster” — four syllables with more presence of the ass-sounding part of the word than I would have thought. In my head I always said it in three syllables — POET-uh-str — diphthongizing -oe- and reducing the -a- to schwa.]

“Chestnut” is an old friend, too — “something that has been discussed or repeated ad nauseam.” It’s good to bump into this useful term. I knew a professor of English literature who quipped of a prolific rival in the field, “He lets a scholarly article every morning before breakfast.” I do that with chestnuts.

I live in Texas and devote much of my time to easel painting on an amateur basis. I stream a lot of music, mostly jazz, throughout the day, and watch Netflix and Prime Video for entertainment. I like to read and memorize poetry.
View all posts by JMN →
This entry was posted in Commentary, Quotations and tagged language. Bookmark the permalink.