How to Lose Friends and Influence No One 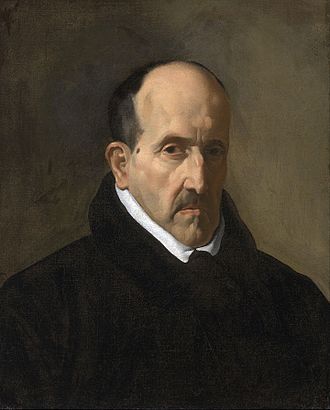 It’s said a sure way to lose friends is to correct their grammar. A man of few friends already, I would be radically friendless if I piped up every time I heard or read “lay” used for “lie.”

Etc., etc. Bess stares at me attentively but I don’t think she cares. As who should?

Substituting “grammar” for “poetry” in the following passage from Auden’s elegy to Yeats drives home a certain perspective:

For *grammar* makes nothing happen: it survives
In the valley of its making where executives
Would never want to tamper, flows on south
From ranches of isolation and the busy griefs,
Raw towns that we believe and die in; it survives,
A way of happening, a mouth.

A mouth, indeed, as in “He has a mouth on him!” Nevertheless, I hold certain periodicals to higher standards than others, and so from my ranch of isolation I grieve busily if ineffectually over a passage such as the following:

Also that year, Ms. Leigh had a solo exhibition at the Hammer. “Her approach to social practice — which insists that institutions expand their purview to create more space for a diversity of representations of black women,” said Ann Philbin, the museum’s director, “have encouraged museums to be more attentive to the needs of these audiences.” (Robin Pogrebin and Hilairie M. Sheets, “An Artist Ascendant: Simone Leigh Moves Into the Mainstream,” NYTimes, 8-29-18)

Because of her lengthy intercalation, rife with plurals, Ms. Philbin simply lost track of the singular subject of her sentence: “approach.” It happens, especially under deadlines. (The article was last updated at 3 AM Central Time, which is the middle of the night on my clock.) If I were an editor at the Times, I would at least have inserted “[sic]” after “have,” or else replaced it with “[has].”

The deal breaker on “lie” is that its past tense is “lay”: Yesterday at 3 pm I lay down and took a good nap. English has dealt us a bum hand with this verb. In a related matter, I told a colleague I was late for work because I got waylaid as I left home. He said he hoped it was way good.

I live in Texas and devote much of my time to easel painting on an amateur basis. I stream a lot of music, mostly jazz, throughout the day, and watch Netflix and Prime Video for entertainment. I like to read and memorize poetry.
View all posts by JMN →
This entry was posted in Anthology. Bookmark the permalink.