“Two Different Paths into the Distance” 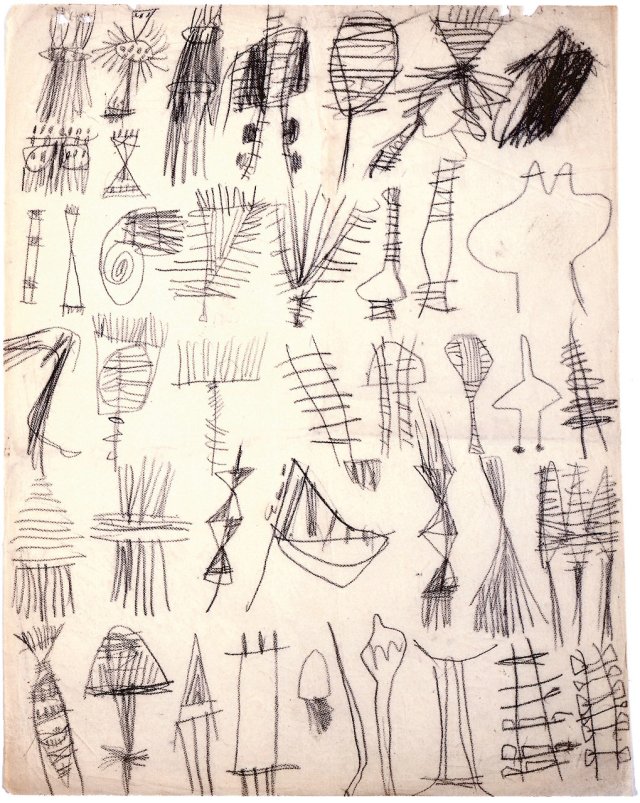 Challenged to create work that could travel back to the States, Twombly created a series of wall hangings made from brightly colored fabrics. None of these works survive today, but in pictures of them, it is clear how Twombly is attempting to bring the drawings in his sketchbook to life on the wall. Rauschenberg’s work is messier, more chaotic, his “Scatole Personali” the detritus of a mind in the midst of thought, cluttered with photographs and arranged found objects from ram’s horns to pebbles. Later, in his career-defining “Combines,” which he began constructing in 1954, Rauschenberg would return to this kind of chaos; his works from his time with Twombly are a kind of disheveled, vibrant first draft.

I live in Texas and devote much of my time to easel painting on an amateur basis. I stream a lot of music, mostly jazz, throughout the day, and watch Netflix and Prime Video for entertainment. I like to read and memorize poetry.
View all posts by JMN →
This entry was posted in Quotations and tagged drawing, painting. Bookmark the permalink.