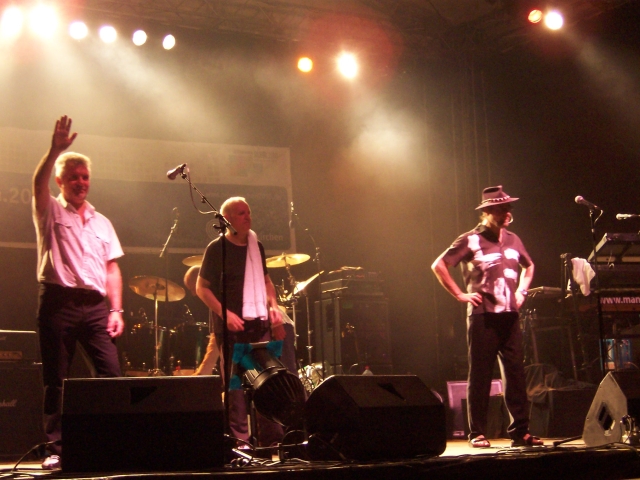 I stream my music from Spotify and Pandora, resorting to radio only when I’m in the car. My local station is Jack Radio. Its jaunty slogan, We play what we want, belies the wretched predictability of its fare, a trait it shares with the bulk of American commercial radio. The vein of tired tunes it taps might be labeled “Maturing Oldies.” I could give jack for most of these shopworn hits, but small spurts of Jack Radio I’m exposed to while running errands give me a chance to sing the imaginary lyrics my brain supplies for the ones I can’t construe (thanks, Outside Authority), which comprise a sadly large percentage of the pop lyric corpus.

A prime example is a song that says something like Blinded by the light, ripped up like a douche and done a bummer in the night. Surely not, but what? The irony is that the phrase is no more intelligible for me despite being repeated endlessly in the song.

Though I have an interest in poetry, perhaps I discount the lyrics of pop songs as trivial, and so give them short shrift in favor of melody and beat, which are prominent and engrossing. I’ve rarely bothered to research what a song is saying, even one I like.

Another theory: In grad school I was diagnosed routinely with a slight hearing loss in my left ear, perhaps from explosions. I was alarmed at a potential hampering of my foreign language career. The doctor, however, said the only effect might be a marginally greater difficulty understanding speech when there was ambient background noise. Um… such as music?

Lyrics are a two-way street: The ones I find interesting tend to be the ones I can understand as they are sung: Bob Dylan, The Beatles, Suzanne Vega, Leonard Cohen, Paul Simon, Patricia Barber, for example. They have the clout of immediacy that’s part of the song’s payload. The unintelligible ones, of course, never break through, though it doesn’t prevent a song from being memorable. In those cases the voice is another instrument.

Postcript: A Google dip reveals the mystery refrain to be from Manfred Mann’s Earth Band: Blinded by the light, revved up like a deuce, another roamer in the night. Not a bad line, actually. They should sell it better in the song. I don’t know what else the song says, but a moment ago I thought I heard a little twirly birdie made my anus curly.

I live in Texas and devote much of my time to easel painting on an amateur basis. I stream a lot of music, mostly jazz, throughout the day, and watch Netflix and Prime Video for entertainment. I like to read and memorize poetry.
View all posts by JMN →
This entry was posted in Anthology, Commentary and tagged language, music. Bookmark the permalink.

5 Responses to A little twirly birdie?