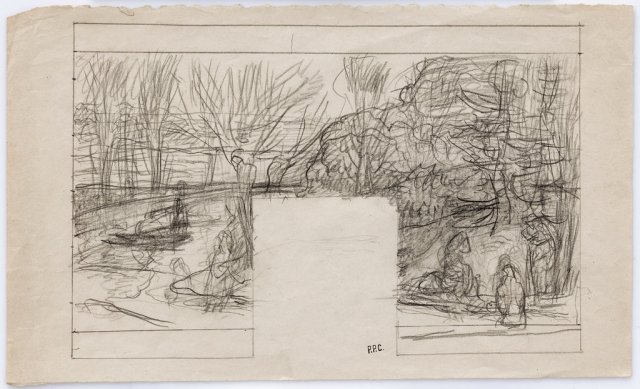 Puvis’s “Study for Summer,” circa 1890-91, pencil on paper. Credit via Michael Werner Gallery.

He was especially admired by Seurat and Gauguin, and also Cézanne, and later, Matisse and Picasso as well as the perennially underestimated American Maurice Prendergast. In their works and that of many others, you’ll find different combinations of Puvis’s carefully calibrated compositions; flat, unmodeled figures and restrained poses; shallow landscape space; chalky unified color; and unshowy yet remarkably lively brushwork. Van Gogh called him “the master of all of us.” Unsurprisingly, Puvis’s reputation was at its height at the time of his death, in 1898.

I live in Texas and devote much of my time to easel painting on an amateur basis. I stream a lot of music, mostly jazz, throughout the day. I like to read and memorize poetry.
View all posts by JMN →
This entry was posted in Anthology, Quotations and tagged art, drawing, painting. Bookmark the permalink.