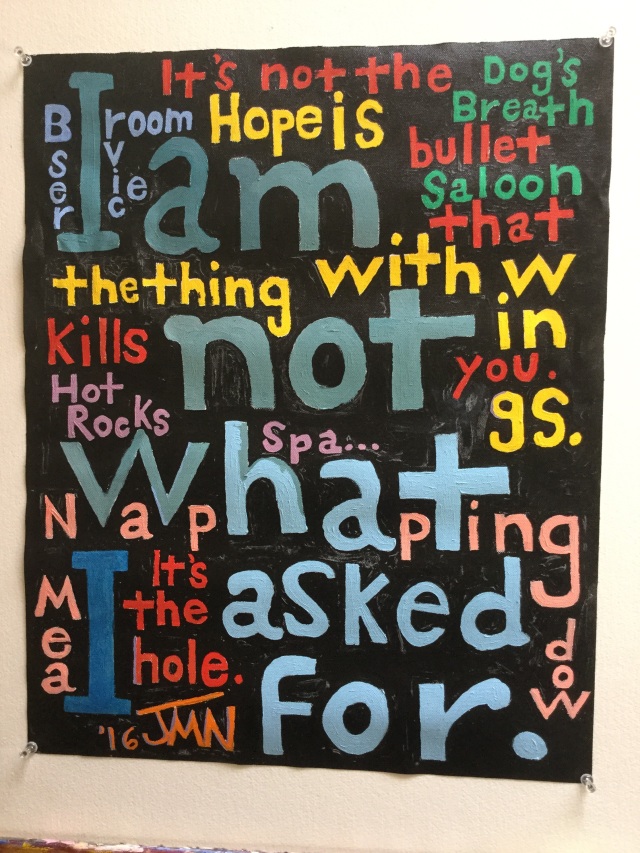 I recently posted a quotation from a profile of a grammar and style guru who was unable even to pronounce aloud the words “stinky” and “smelly” for the interviewer. He found them that repellant. A fellow blogger contributed “feet” as a word she personally tries to avoid. After some thought I’ve come up with two words that make me squirm slightly: “poo” and “crotch.”

Now “stinky” and “smelly” are anatomically neutral. They’re equally suited to ripe cheeses, gym socks, and the air in Galena Park. “Feet” are anatomical, of course, just not associated with a feature I had heretofore thought squeamish-making. Potentially stinky and smelly, yes. (I remember now, however, that I once had a close friend who was notably self-conscious about her feet, considering them her least attractive feature. I found them attractive.) My two words, on the other hand, designate the less noble functions and parts of the body. I’m not sure, therefore, whether it’s the words themselves, or their associations, that I react to. “Poo” in particular irks me as a word because it just seems uselessly puerile. Say (or write) “poop” and be done!

Another close friend, a fellow grad student and now a distinguished translator, once balked in disgust at uttering a menu item at an IHOP restaurant. “I’ll have that,” she said, pointing. It was either the “Moons Over My Hammie” for ham and eggs sunny side up, or the “Rooty Tooty Fresh ‘n Fruity” pancakes.

The Victorian orientalist Richard Burton translated the “Arabian Nights” from Arabic to English. I think his version may be in the Modern Library series, but probably expurgated. The tales are famously frank in their descriptions of sexual activity. Sir Richard is said to have invented the term “fudder” to designate coitus. It euphemistically avoided (in his view) the ancient Anglo-Saxon word available to him. My problem with his solution is this: A statement such as “They fuddered all night” seems no less raunchy, and in addition it provokes almost uncontrollable laughter. But I’m no Victorian. Burton’s widow destroyed the bulk of his papers. A great loss.

The 19th-century European scholars I used to consult in my Hispano-Arabic researches had a habit of lapsing into Latin to render salacious passages from medieval Arabic texts, especially those written by women, if they rendered them at all. I made a fleeting career, of sorts, from shedding plain English light on such passages and voices, but reading my papers at conferences could be a discomfiting experience for me and the audience because of the stinky smelly words.

I live in Texas and devote much of my time to easel painting on an amateur basis. I stream a lot of music, mostly jazz, throughout the day, and watch Netflix and Prime Video for entertainment. I like to read and memorize poetry.
View all posts by JMN →
This entry was posted in Commentary and tagged language. Bookmark the permalink.