Guide by the Perplexed 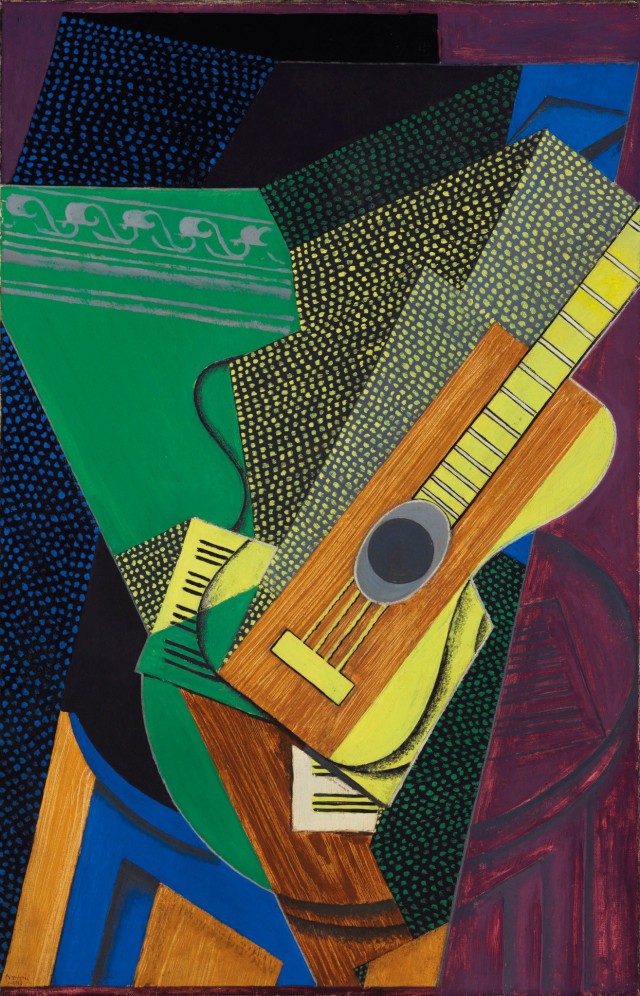 Octave-of-Following (OOF) state is the state in which a fretted note is the octave of the following open string.

*OOF state occurs at Fret-7 often enough to be useful for raising note consciousness. The exception is on B-string-2. The interval between G-string-3 and B-string-2 is the only interval that isn’t a Perfect-Fourth; it’s a Major-Third. Therefore, OOF state is a half-step higher at Fret-8.

And there you have it. It’s time now for Derived Octave-of-Following (DOOF) state — coming next.

I live in Texas and devote much of my time to easel painting on an amateur basis. I stream a lot of music, mostly jazz, throughout the day. I like to read and memorize poetry.
View all posts by JMN →
This entry was posted in Anthology and tagged guitar, music. Bookmark the permalink.