Twenty-five-year-old Guy de Montlaur was a heroic French commando in Normandy on D-Day. Having studied before that for a promising art career, he evoked his war-time experience on canvas until his death in 1977 at 58. The National World War II Museum in New Orleans has collected his paintings in an exhibit called “In Memory of What I Cannot Say.”

The canvases… are a stark departure for the sprawling museum, where displays tend to focus more on the triumph and carefully restored weaponry of World War II. There is no shortage of bombers, fighters, tanks and cheery newsreels showing Rosie the Riveter cranking out equipment on the home front. But little time is spent on the more than one million American troops killed or wounded, or the hard-to-count psychological casualties who struggled to move on from what they witnessed on the battlefield. 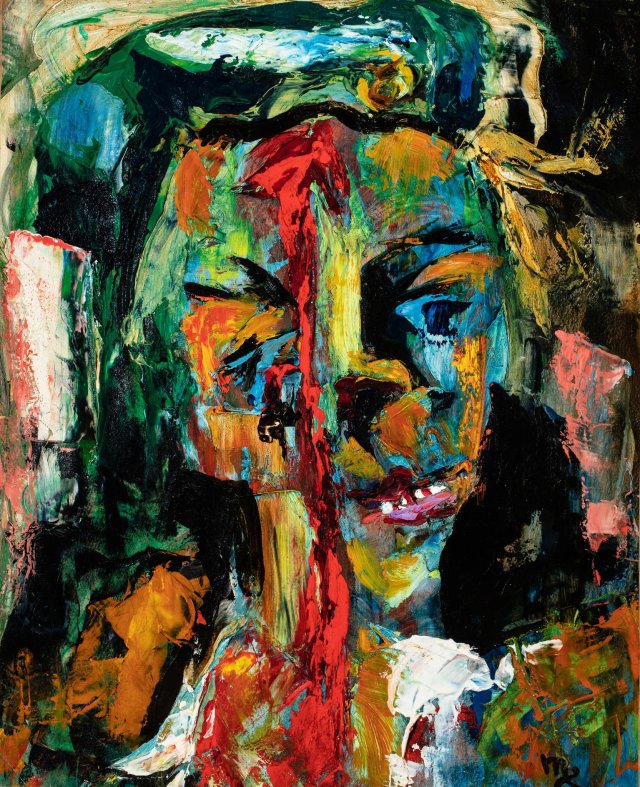 “On the Road Near Sallenelles, a Friend,” 1969. Credit The National WWII Museum/Estate of Guy de Montlaur.

The exhibit includes a 1946 documentary film about what it termed “battle neurosis.” Directed by John Huston, its title was “Let There Be Light.” The Army kept it classified for 75 years, releasing it in 1981.

I live in Texas and devote much of my time to easel painting on an amateur basis. I stream a lot of music, mostly jazz, throughout the day, and watch Netflix and Prime Video for entertainment. I like to read and memorize poetry.
View all posts by JMN →
This entry was posted in Commentary and tagged D-Day, painting, World War II. Bookmark the permalink.

1 Response to The Un-Rosie Side