A Descendant of Ralph the Wrecker 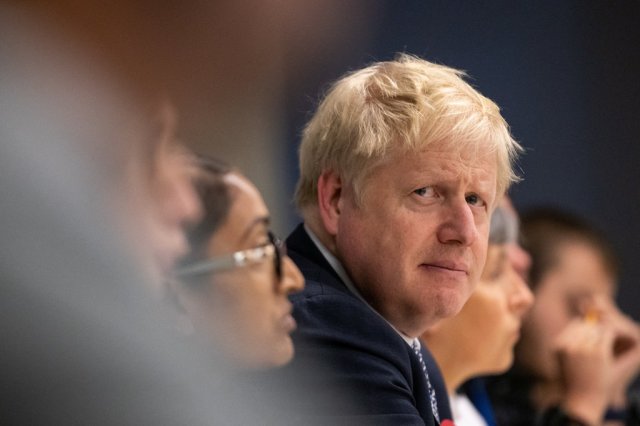 Prime Minister Boris Johnson may be the death of the United Kingdom. Credit Pool photo by Aaron Chown.

A mighty union that had lasted hundreds of years, running from the Orkneys to Cornwall, from Belfast to Llanfair Pwllgwyngyll, would have been torn asunder….

I would like to visit that last place in particular, to hear how it’s said. Columnist Kristof is the “descendant” of the title.

One of my British ancestors was Ralph the Wrecker, a pirate from Hunmanby in Yorkshire who set lights on the coast to fool ships so that they would crash on the rocks. He was finally arrested and sentenced to hang. As he stood on the gallows, the noose ready, a messenger galloped up with a pardon. Otherwise I might not be here.

I live in Texas and devote much of my time to easel painting on an amateur basis. I stream a lot of music, mostly jazz, throughout the day, and watch Netflix and Prime Video for entertainment. I like to read and memorize poetry.
View all posts by JMN →
This entry was posted in Commentary and tagged language, toponyms. Bookmark the permalink.