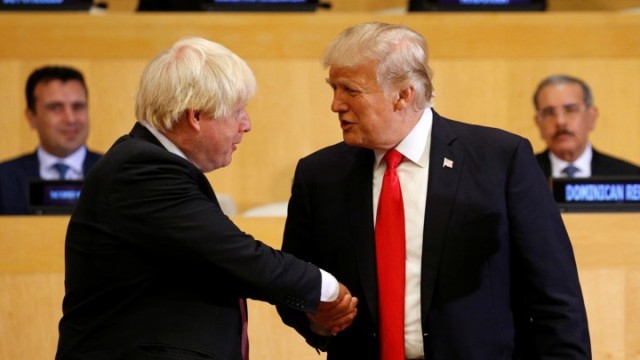 The two countries nowadays are united by a common divisiveness, an internecine feud over their respective futures. This excerpt from the NYTimes* is dated Nov. 18, 2019. Britain or America? The blanks are yours to fill.

A decade on from the crash, __________ is still mired in the longest period of wage stagnation since __________, while productivity growth slows. Unsecured household debt is at a record high, and more than __________ million people in working households live below the poverty line. Among the young especially, for whom unaffordable housing and job insecurity are the new normal, the aspirational story that gently moderated capitalism once told about itself has smashed against the rocks of reality.

Given that the next government must oversee some kind of resolution to the __________, and will have the job of repairing both a dysfunctional democratic infrastructure and a tattered social fabric, the choices it makes will be far more consequential than those usually faced by incoming governments. Throw in the fact that the next __________ will be in charge for [part] of the decade identified by the Intergovernmental Panel on Climate Change as the final one in which full-scale climate catastrophe could be averted, and it is no exaggeration to conclude that the victor [in the election] will set __________’s course for a generation and beyond.

*Jack Shenker, “Britain’s Election Is Not About Brexit.”

I live in Texas and devote much of my time to easel painting on an amateur basis. I stream a lot of music, mostly jazz, throughout the day. I like to read and memorize poetry.
View all posts by JMN →
This entry was posted in Commentary and tagged America, Britain. Bookmark the permalink.