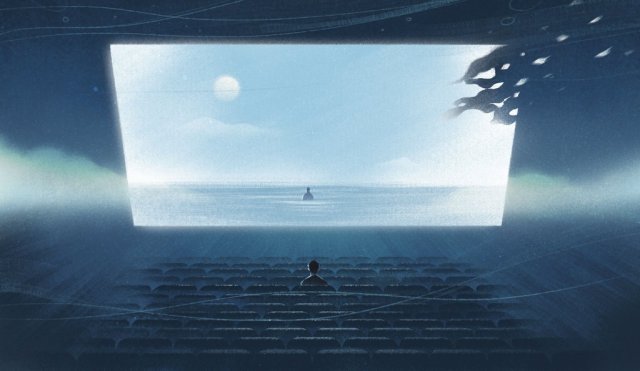 “It’s a perilous time in film exhibition, and there are fewer independent theaters than ever,” says Martin Scorsese. Credit…Jasu Hu.

For me,… cinema was about revelation… It was about characters — the complexity of people and their contradictory and sometimes paradoxical natures… Many of the elements that define cinema as I know it are there in Marvel pictures. What’s not there is revelation, mystery or genuine emotional danger. Nothing is at risk. The pictures are made to satisfy a specific set of demands, and they are designed as variations on a finite number of themes….

“This is not that” will usually start a fight. The fan-chise for super-hero movies is still howling at Scorsese. I respect his views on film-as-art, though I’ll watch anything entertaining even if it’s not emotionally dangerous.

I live in Texas and devote much of my time to easel painting on an amateur basis. I stream a lot of music, mostly jazz, throughout the day. I like to read and memorize poetry.
View all posts by JMN →
This entry was posted in Quotations and tagged art, film, Marvel, Scorsese, screen. Bookmark the permalink.