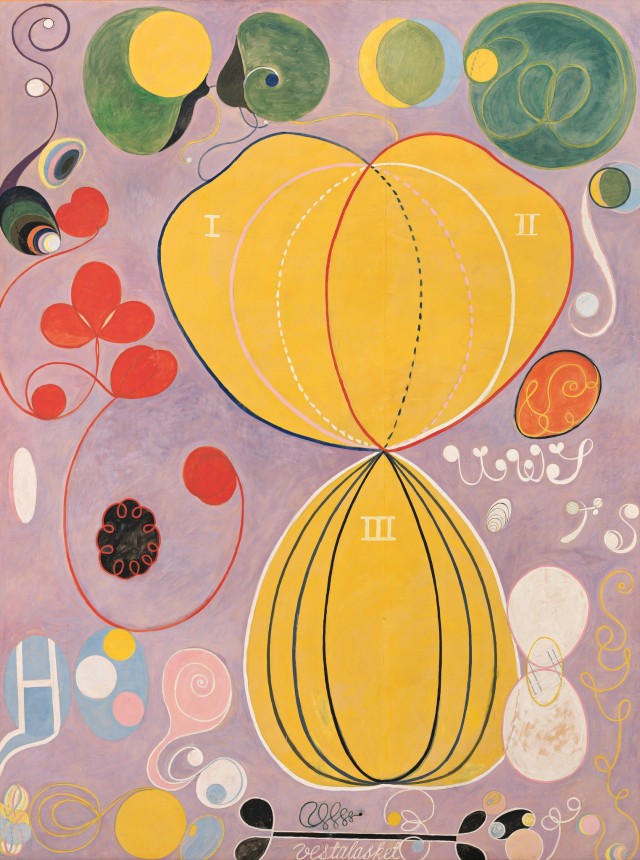 The idea that a woman got there first, and with such style, is beyond thrilling. Yes, I know art is not a competition; every artist’s “there” is a different place. Abstraction is a pre-existing condition, found in all cultures. But still: af Klint’s “there” seems so radical, so unlike anything else going on at the time. Her paintings definitively explode the notion of modernist abstraction as a male project. Despite several decades during which modernism’s history has been expanded and diversified, there is something towering about the emergence of af Klint, which really began in earnest in the 1980s. (She knew she was ahead of her time, and stipulated that her work not be exhibited until 20 years after her death — but it took even longer.)

I live in Texas and devote much of my time to easel painting on an amateur basis. I stream a lot of music, mostly jazz, throughout the day. I like to read and memorize poetry.
View all posts by JMN →
This entry was posted in Quotations and tagged painting. Bookmark the permalink.