One of my playlists I call “aMix” is an eclectic selection of some 50 songs from various genres and periods. (There’s also a list called bMix.) This morning I heard Jacques Brel singing “Ne me quitte pas.” As the poignant song washed over me while I cooked, I became aware of the phrase “on a vu rejaillir le feu….” Also something along the lines of “il faut oublier les malentendus.” It occurred to me to revisit thoughts about song lyrics and what they’re for.

I’ve tried to get on board with the notion that there’s good modern music in which the words being sung aren’t recognizable, and that that’s okay. The content of the lyrics is dispensable without diminishing the song according to this line of reasoning. It is, after all, music, not poetry. A poem must be exceedingly well wrought and articulated linguistically to be successful; I see no room for compromise on that score. It would make no sense to mumble a poem to an audience, or to make it difficult to read by using a script font, for example, or poorly calculated line breaks. Song lyrics, on the other hand, take a back seat to melody, harmony and rhythm in much modern pop performance — even to dance, as Eric Wayne usefully points out.

Hearing the throat-constricting emotion conveyed in Brel’s “ne me quitte pas” (don’t leave me, don’t leave me), I gave in to a wave of sadness over a lifetime of betrayals and abandonments perpetrated by me — of relationships, children, goals and ideals — and of my dogs’ forsaking me in turn by dying. The song worked on me that way and I let it, grudgingly — what are a few more drops in the tear bucket.

Notwithstanding my desire to embrace innovation and eschew crusty conservatism, a still small voice keeps whispering to me that the most complete realization of a song happens when the lyrics — their content as well as their sonic properties — actually do support the music intelligibly and are supported by it, rather than engulfed in instrumentation and visual razzmatazz.

(Perhaps I’m too cerebral, or have tunnel vision, but I mistrust the concept of multimedia as much as that of multitasking. The latter is a mask for nimble serial monotasking, I surmise. And the notion that we can be shotgunned simultaneously by diverse sensory stimuli, as in music videos, and still process the experience optimally, is suspect, I hypothesize.) 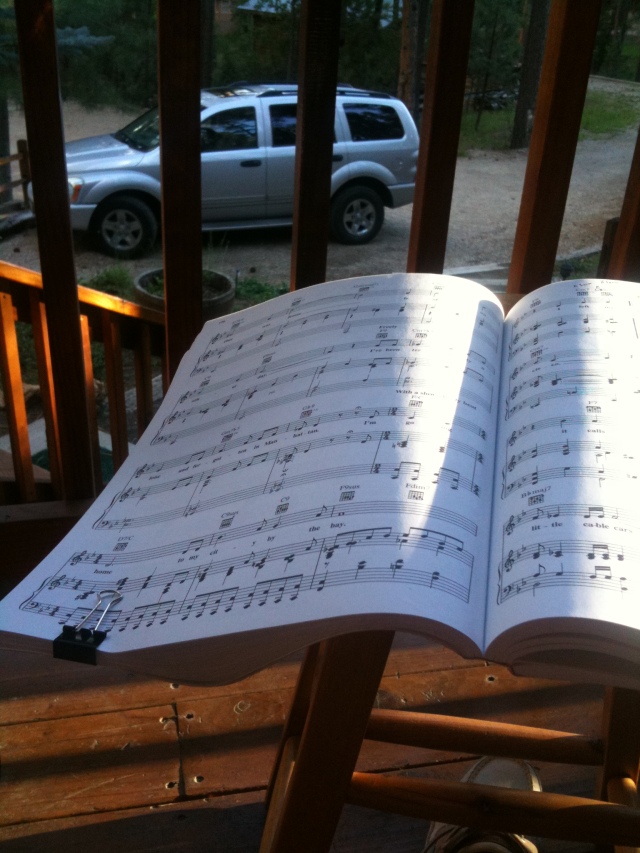 Back to lyrics. According to my still small voice, at the pinnacle of song the lyrics are integral to the music, like melody, and not separable from it or adjunctive or dismissable. That sort of melding doesn’t happen all the time, but neither do masterpieces in any art form. And, of course, I’m not sure what to do with rap, which has gone in the opposite direction, mostly words chanted in staccato torrents with percussive backing that’s minimally tuneful. Rap is of major importance in the music scene, but I’ve already said more than I know.

Oops, not quite. Out of curiosity, I recently researched whether or not “hip-hop” and “rap” are synonyms. A source served to me by Google clarified that, strictly speaking, rap is one of the three elements of hip-hop culture, the other two being break dancing and DJ’ing. The distinction may not be useful enough to survive. My impression is that it’s common to use the terms “hip-hop” and “rap” interchangeably in casual talk.

I live in Texas and devote much of my time to easel painting on an amateur basis. I stream a lot of music, mostly jazz, throughout the day. I like to read and memorize poetry.
View all posts by JMN →
This entry was posted in Commentary and tagged language, music. Bookmark the permalink.