“The Birth of the World” 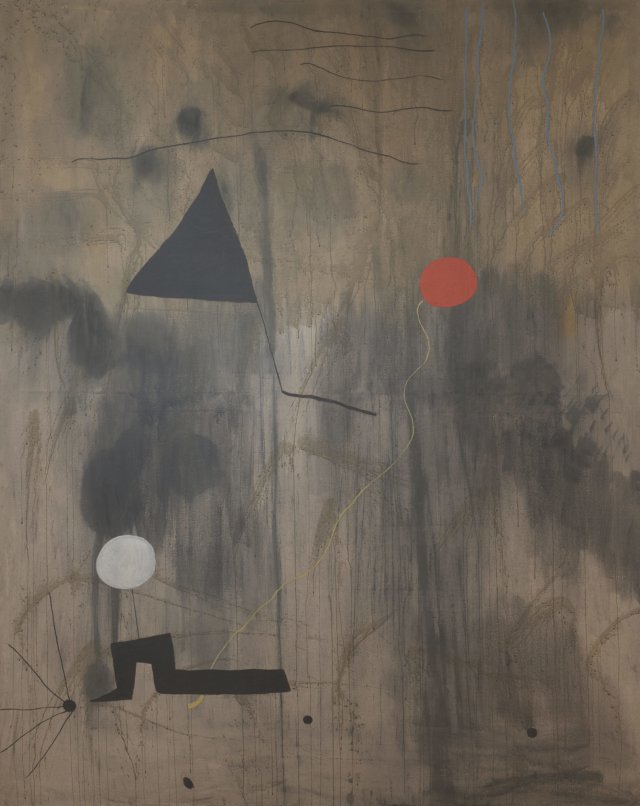 The artist André Masson once likened this large (8-by-6½ feet) canvas [“The Birth of the World” by Joan Miró] in its radicalness to Picasso’s “Les Demoiselles d’Avignon” of 1907. It is still startling that the two are only 18 years apart. But while “Demoiselles” enabled Cubism, which spread through Europe and beyond in a matter of years, “The Birth of the World” went almost immediately underground; it was too far ahead of its time to have an immediate effect. Its thin veils, splatters and rivulets of gray, ocher and blue wash and horizon-free space would find little echo outside of Miró’s work until around 1950, with the pouring techniques of Jackson Pollock and Helen Frankenthaler.

I live in Texas and devote much of my time to easel painting on an amateur basis. I stream a lot of music, mostly jazz, throughout the day. I like to read and memorize poetry.
View all posts by JMN →
This entry was posted in Anthology, Quotations and tagged painting. Bookmark the permalink.