This sketchpad looks very old, but has no date in or on it. It’s thin, well preserved, and its pages are heavy, stiff stock. The pencil drawings are literal, and presumably by Jack Moore. He appears to have been a bit part actor in early movies, perhaps starting in the teens. He lists in some detail movies he had a role in, starring actors, sundry details, and production companies. I haven’t researched the movies he mentions. His signature appears only once, at the end. I don’t know how this journal came into my dad’s possession. My guess would be through Buck Schiwetz. Buck may have known Jack Moore. Just a surmise, though. (JMN) 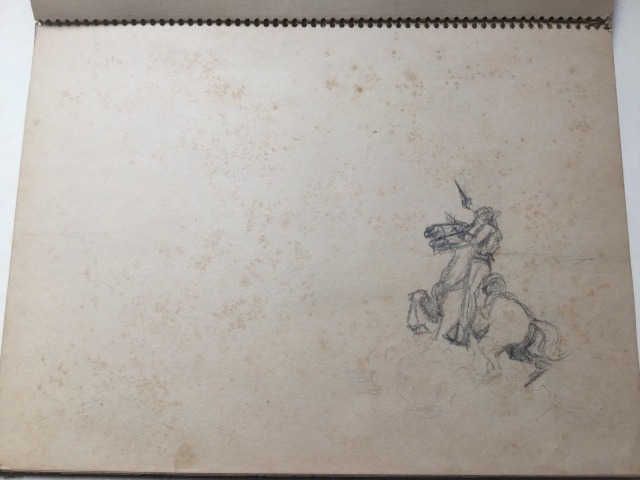 This image shocked me. I grew up with a large framed, black-and-white print of the scene, professionally rendered (can’t remember the artist) always hanging in our house. It was labeled “The Ruse That Failed on the Left-Handed Ranger.” My dad told the tale. The two men on the left conspired to kill the Texas Ranger. In greeting, one would shake his presumed gun hand while the other shot him. The left-handed Ranger drew his concealed weapon and fired first. The story must come from some lore that I didn’t know existed, quite possibly a true story, that Jack Moore also knew of. Maybe it’s even in a movie! (JMN)

All of the mounted police and all the Hollywood cowboys were put in Civil War uniforms and used as Union cavalry and Southern cavalry. 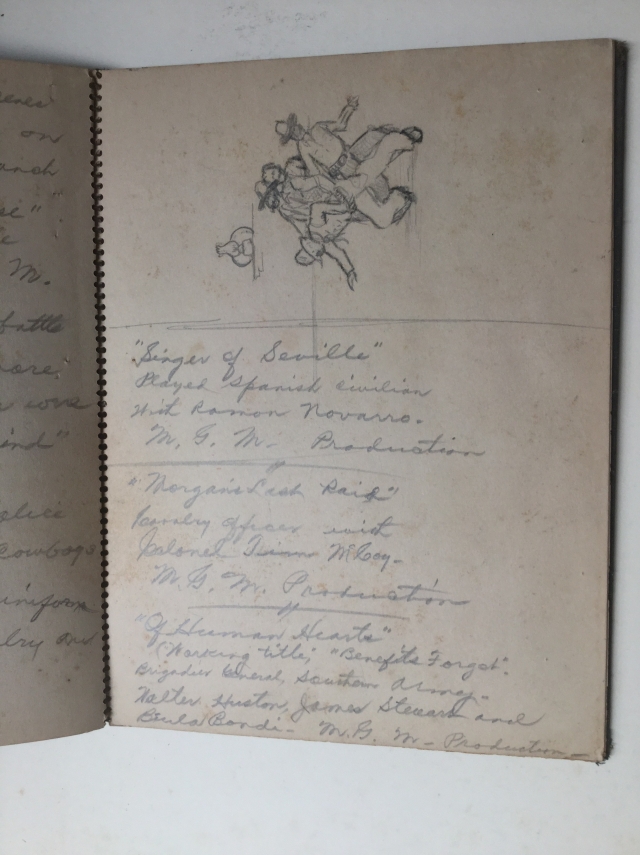 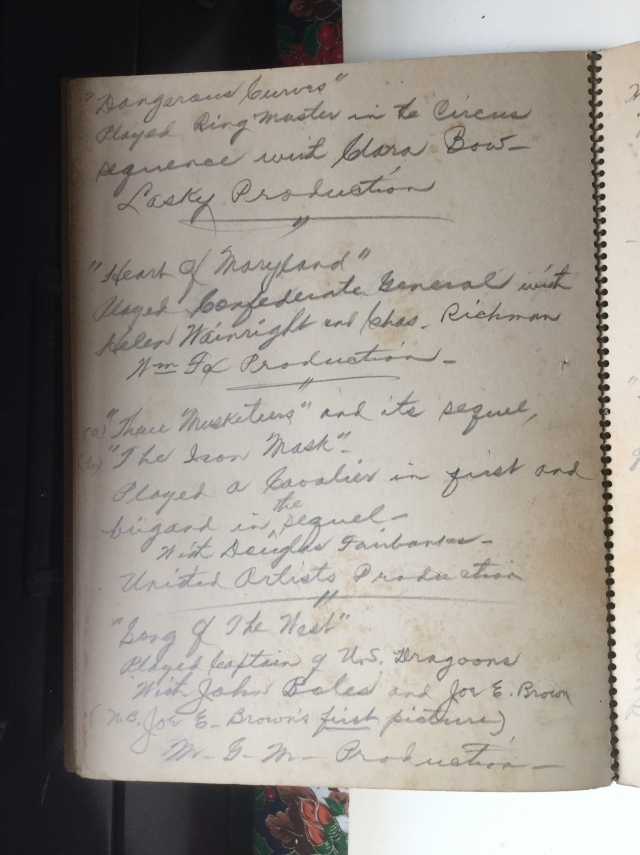 (a) “Three Musketeers” sequence, (b) “The Iron Mask.” Played a Cavalier in first and brigand in the sequel. With Douglas Fairbanks. United Artists Production. 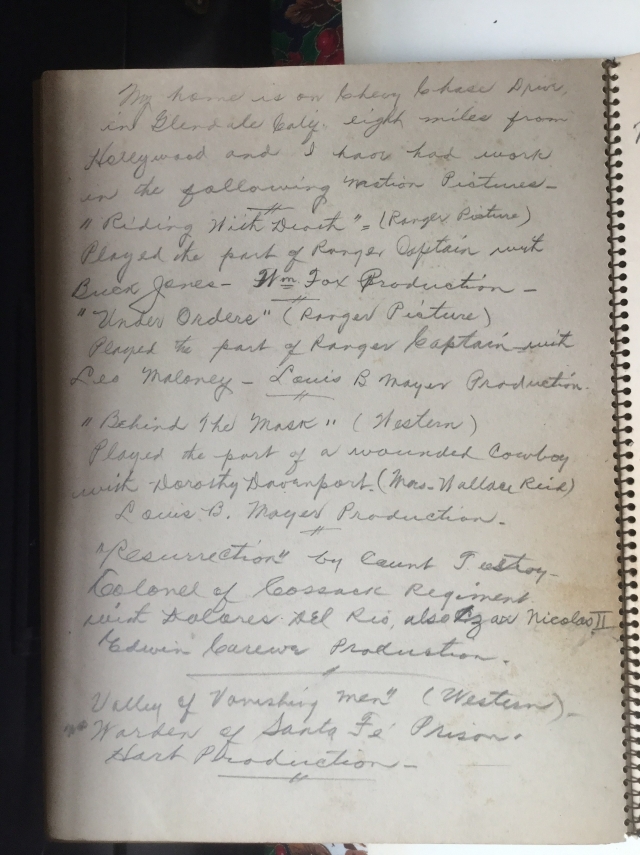 “Behind the Mask” (Western) played the part of a wounded cowboy with Dorothy Davenport. (Mrs. Wallace Reid) Louis B. Mayer Production.

[Transcription] “In Old Arizona” was Express Messenger on the stagecoach. Fox Production with Warner Baxter, Dorothy Burgess, and Edmund Lowe.

“The Pony Express” doubled in the “horseback stuff” for Ricardo Cortez — who was a co-star with Betty Compson and Wallace Beery. (Famous Players-Laskey Corporation)

I live in Texas and devote much of my time to easel painting on an amateur basis. I stream a lot of music, mostly jazz, throughout the day. I like to read and memorize poetry.
View all posts by JMN →
This entry was posted in Gallery and tagged cinema history, drawing, Hollywood, journal, Old West, screen. Bookmark the permalink.