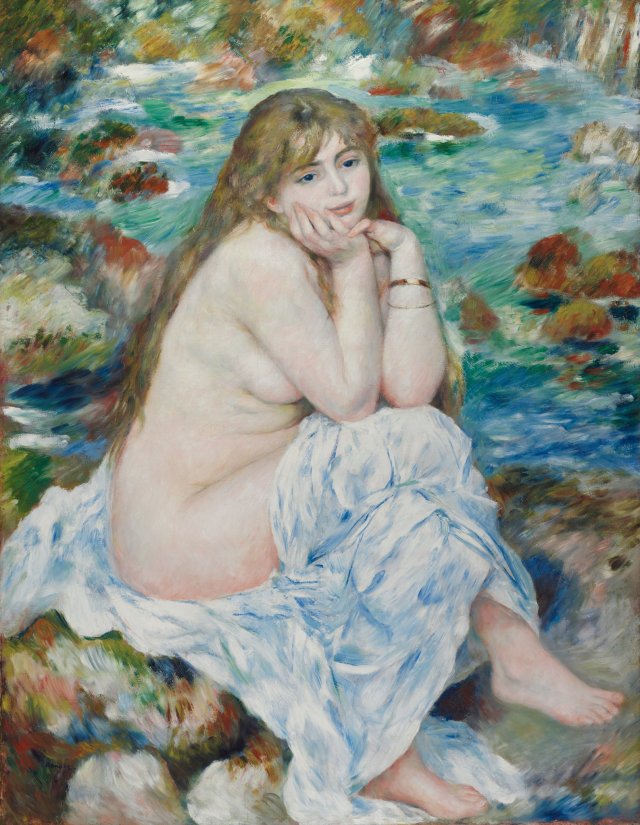 Recently in the NYTimes Roberta Smith wrote a spirited appraisal of the exhibition of Renoir’s late nudes at the Clark Art Institute in Williamstown, MA. Peter Schjeldahl weighs in on the topic in the latest New Yorker. It’s fascinating how Renoir’s work in this vein (which leaves me largely cold) elicits contorted responses in these two prominent critics.

At the show, part of me felt as though I were writhing on a pin: again and again the carnal tapioca, the vacant gazes, the fatuous frolic… The prehensile touch with which Renoir molds female masses with color—instead of modelling them with tonal shading—awes the eye… The work tends toward silliness but never topples into it. He can really move paint around, and his colors attain complex harmonies even as you may crave sunglasses to mitigate their screeching chromas. He’s like a house guest so annoying that you might consider burning down the house to be rid of him. Let’s not do that.

I live in Texas and devote much of my time to easel painting on an amateur basis. I stream a lot of music, mostly jazz, throughout the day, and watch Netflix and Prime Video for entertainment. I like to read and memorize poetry.
View all posts by JMN →
This entry was posted in Quotations and tagged language, painting, Renoir. Bookmark the permalink.