Hilarie M. Sheets writes an article about how people have coped with incarceration by drawing (“For the Incarcerated, Drawing Is a Lifeline,” NYTimes, 9-20-19).

What interests me on the margins of this interesting article is the innocent tell favoring depiction of comeliness that the writer discloses in singling out this drawing among the eight illustrated in the article as being “beautifully rendered.” 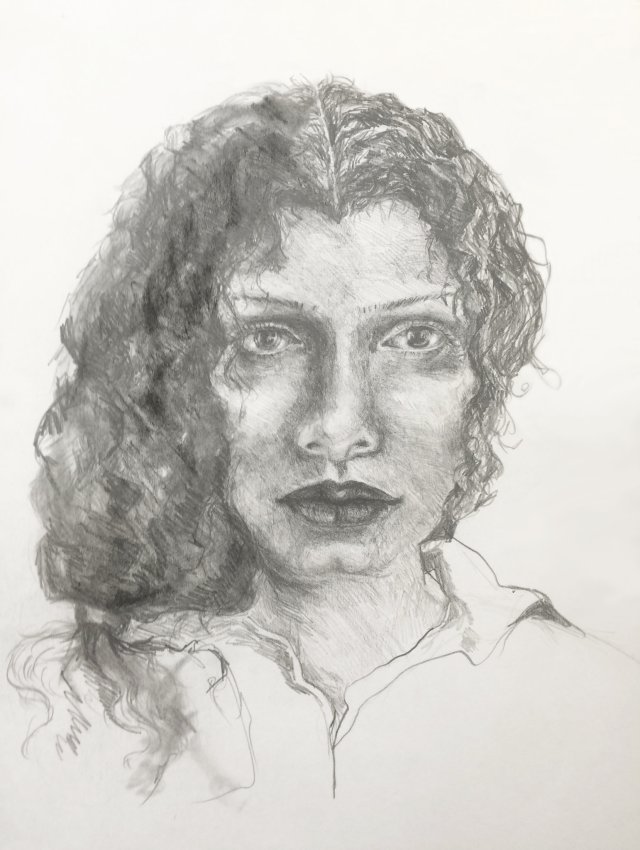 Azza Abo Rebieh’s “Nayfeh,” 2016, one of the portraits she did of fellow inmates while imprisoned in Syria. Credit Azza Abo Rebieh.

Here are four more of the drawings that illustrate Sheets’s article along with her descriptions of them.

Gustave Courbet’s “Les Fédérés à la Conciergerie (Young Communards in Prison),” 1871. Courbet, who was jailed in 1871 after being accused of complicity in tearing down the Vendôme Column, captures a cell and cellmates in this chalk study. Credit The Metropolitan Museum of Art, via Art Resource, N.Y. 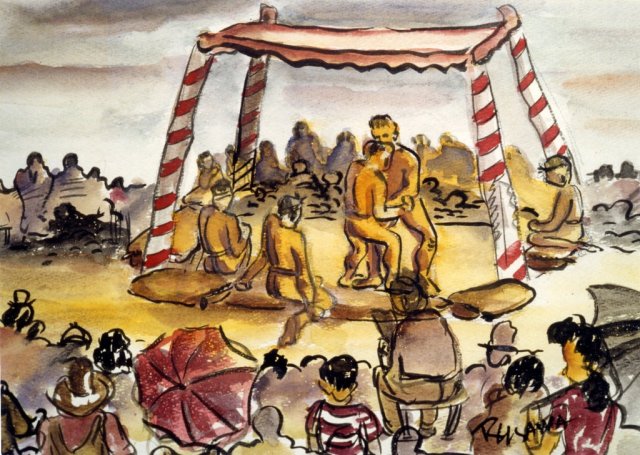 Ruth Asawa’s “Sumo Wrestlers,” 1943, a watercolor on paper she did while in an internment camp for Japanese-Americans. Credit Estate of Ruth Asawa, via David Zwirner.

Sheets does not characterize the portrait drawn by Jose Alvarez.

I live in Texas and devote much of my time to easel painting on an amateur basis. I stream a lot of music, mostly jazz, throughout the day, and watch Netflix and Prime Video for entertainment. I like to read and memorize poetry.
View all posts by JMN →
This entry was posted in Commentary and tagged art, criticism, drawing, language. Bookmark the permalink.