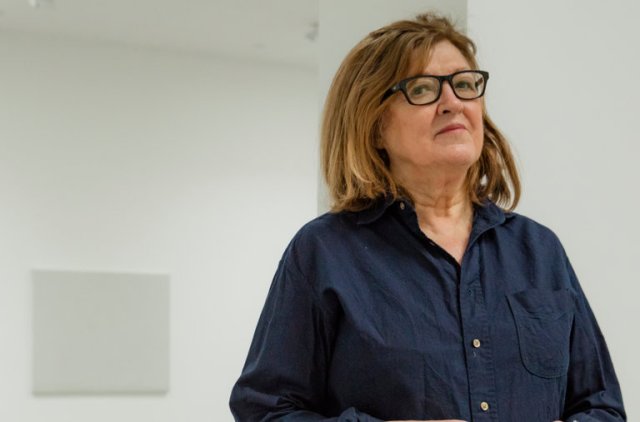 Vija Celmins (pronounced VEE-ja SELL-mins) was born in 1938 in Riga, capital of Latvia. Fleeing the Soviet invasion of 1944, her family immigrated to the United States in 1948. She earned an undergraduate art degree in Indiana and an M.F.A from UCLA in 1965. 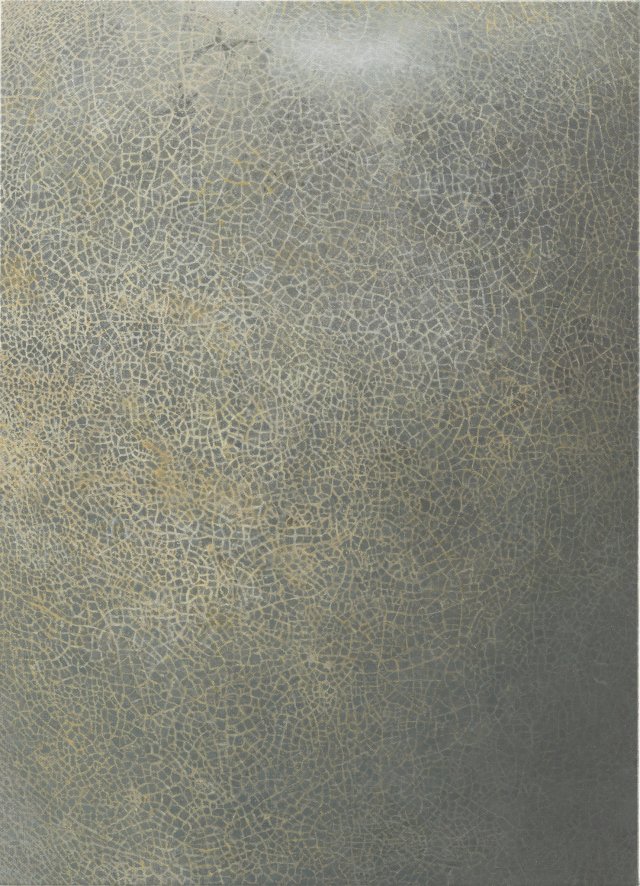 A recent painting by Vija Celmins, “Vase,” offers a close-up of the side of a Chinese porcelain vase, with its finely rendered craquelure glaze. Credit…Vija Celmins and Matthew Marks Gallery.

Within a decade, she was becoming known for precise, painstakingly wrought illusions of reality: expanses of ocean waves, star-studded night skies, clouds or the moon’s surface, rendered in graphite, charcoal or muted tones of oil paint.

From a time when she was “looking at simple objects and painting them straight”: From left, “Heater,” 1964, and “Lamp #1,” 1964. Credit…Haruka Sakaguchi for The New York Times.

[In the period 1963-1968]… Ms. Celmins first committed to “looking at simple objects and painting them straight.” She depicts her studio companions — an electric heater, its red-hot coil at full blast; a two-headed lamp; and an electric fan — in varieties of gray. “I’m from a gray land, Latvia,” she has said. They also testify to her attraction to the lush backgrounds of Velázquez.

In a smaller gallery of tiny graphite drawings there is a depiction of a letter addressed to the artist in her mother’s cursive handwriting. Ms. Celmins made the envelope’s five stamps separately; each is a tiny drawing with crenelated edges, three offer aerial views of the Pearl Harbor attack.

I live in Texas and devote much of my time to easel painting on an amateur basis. I stream a lot of music, mostly jazz, throughout the day, and watch Netflix and Prime Video for entertainment. I like to read and memorize poetry.
View all posts by JMN →
This entry was posted in Commentary and tagged art, drawing, painting. Bookmark the permalink.