On Being an Afterthought 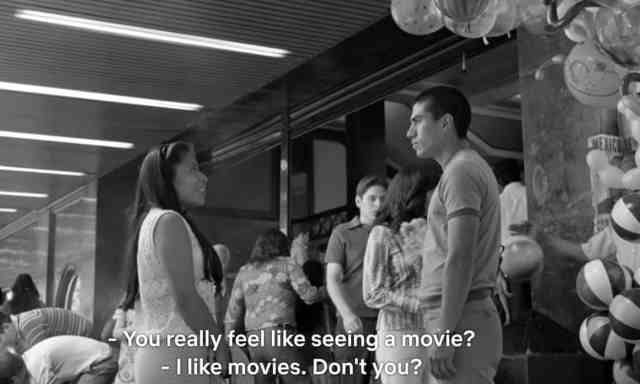 A scene from Roma, the Oscar-winning Mexican film whose subtitles in Castilian-Spanish, French and English have come in for widespread criticism. Photograph: Netflix.

I like learning that the average reading speed for adult viewers of subtitled movies is 15 to 17 characters a second, that 37-42 characters fit on a line, and the number of lines is limited to two.

A sad fact, however, is inherent to the argument that subtitlists should get more respect: It was ever so. If you are reduced to pointing out that what you do is as important as what other people do, you’re already an afterthought and confirming your status. Linguists are relegated to the back bench, if they have a seat at all, and there’s no change in sight from my corner.

… Too many film-makers look on subtitling as an afterthought… As [David Buchanan, a freelance translator] points out, “Subtitles are the conduit allowing you to communicate your film’s ideas around the globe. Bad subtitles can ruin millions of dollars’ worth of hard work. A film-maker wouldn’t outsource their colour correction or audio mix and just think: ‘I’ll leave them to it, I’m sure it’ll be fine.’ They would want to see it, hear it, get a second opinion, make sure everybody is on the same page. It should be the same with subtitles.”

(Anne Billson, “Say what? Why film translators are in a war of words over subtitles,” The Guardian, 4-25-19)

I live in Texas and devote much of my time to easel painting on an amateur basis. I stream a lot of music, mostly jazz, throughout the day. I like to read and memorize poetry.
View all posts by JMN →
This entry was posted in Quotations and tagged Castilian-Spanish, freelancing, French, language, Mexican film, Oscar, Roma, screen, subtitles, translation. Bookmark the permalink.